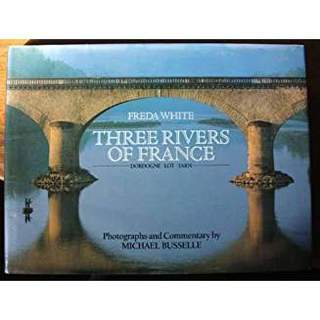 Traveling in Southwest France in 1987, the photographer Michael Busselle took along Freda White’s Three Rivers of France, by then reissued twice since its first publication in 1952 and considered, he says, “the definitive book on the subject.” Struck by how “useful” the work remained after more than 30 years, he conceived the idea of retracing White’s journey and photographing the places she described. The book that emerged is superb, combining White’s erudite yet entertaining text with Busselle’s beautiful photos of one of the most beautiful regions of France. Read More

"We go to foreign lands to enjoy their good food, not to whimper for the meals of home."
―Freda White, Three Rivers of France