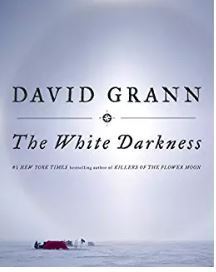 Antarctica, an obsession for past explorers, was also an obsession for a contemporary adventurer, Henry Worsley, a military man who served with the British Special Air Service and idolized Ernest Shackleton.  A distantly-related descendant of Frank Worsley, who accompanied Shackleton on the Endurance expedition, Henry read everything he could about the great explorer, collected pertinent memorabilia, and strove to complete Shackleton's two unfinished journeys—to the South Pole and across the Antarctic continent.

In The White Darkness, David Grann offers a profile of Worsley and describes these two treks.  The first took place in 2008, a time, says Grann, when Worsley's career had stalled, allowing him to pursue his Antarctic dreams.  The author follows Worsley and his two companions—also descendants of Shackleton's men—as they struggle with the brutal landscape, visit the huts once occupied by Scott and Shackleton, and ultimately reach the Pole.

Framing the book, though, is the second of these journeys: Worsley's ill-fated effort to cross the continent.  Read More

If Seeing the World Helps Ruin It, Should We Stay Home? 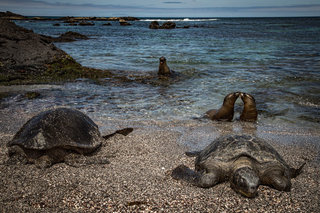 This New York Times essay offers a climate-change perspective on travel.  I'm wondering how these concerns will affect not only the way we travel but also the way we write, and read, about travel.