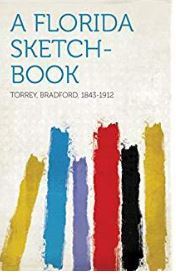 I was drawn to Bradford Torrey’s account of a ramble in east Florida in 1894 because I now spend nearly half the year in Florida myself—though in the west—and I was curious to see what I might glean about the state of the state more than a century ago.

I had never heard of Torrey, but an article by Kevin E. O’Donnell that appeared in Early American Nature Writers, which I found online, provided a thorough and interesting profile of the man. A popular Boston naturalist and writer in his time, who influenced both nature and travel writing, he was the author of 13 books, mostly collections of essays he produced for the Atlantic Monthly. He also wrote a weekly column for the Boston Evening Transcript and was the editor of Thoreau’s journals.

Torrey’s Florida journeys take him to the St. Augustine area, to Daytona Beach, and to New Smyrna, and everywhere his main focus is on birds. Read More