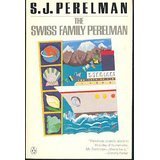 There are travelers who write and there are writers who travel, and S. J. Perelman falls decidedly in the latter group. A humorist who, from the ‘30s on, wrote for many publications—most notably, the New Yorker—he was known for his unusual, quite wonderful prose. Whatever pleasure he took in his adventures, which he generally described as hilariously miserable, he clearly loved to write about them, and his prose, sentence by sentence, is sardonic, filled with word play, manic, and syntactically splendid.

Like Westward Ha! Around the World in Eighty Clichés, which I reviewed in August, The Swiss Family Perelman is a wild romp of a trip.  Read More 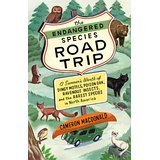 Dismayed that, after years of teaching, he has become an armchair biologist, a “cut-and-paste biologist at best,” Cameron MacDonald revives an old dream: to travel the continent to observe endangered species. But when he first conceived of the plan, he was single and childless. Now married, he has both a toddler and an infant. Nonetheless, he bravely sets forth, the whole family in tow, including even the dog, who, he says, is too neurotic to leave in anyone’s care.

The map of Cameron’s journey from his home in Vancouver, Canada, is determined by the 34 endangered species he hopes to see.  Read More

Roughing It in the Bush 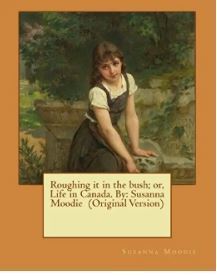 Roughing It in the Bush or Life in Canada
By Susanna Moodie. With a New Introduction by Margaret Atwood. Originally published 1852. Virago/Beacon Travelers, Beacon Press, 1986.

In the 1830s, thousands of people—lured by promises of fertile soil, a mild climate, cheap goods, and minimal taxes—emigrated from England to Canada. They “thought that they had only to come out to Canada to make their fortunes,” writes Susanna Moodie, “almost even to realise the story told in the nursery, of the sheep and oxen that ran about the streets, ready roasted, and with knives and forks upon their backs. They were made to believe that if it did not actually rain gold, that precious metal could be obtained…by stooping to pick it up.”

Moodie, who emigrated to Canada with her husband and baby daughter in 1832, aims to tell it like it really was: poor soil, a brutal climate, illness, goods that might be cheap but were, on remote farms, unobtainable, and hard toil that, after 7 years in the backwoods, had sprinkled her hair with grey, rendered her “person…coarse,” and left her looking double her age. Read More