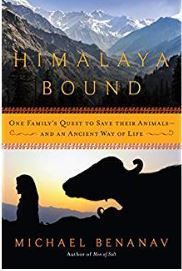 Himalaya Bound: One Family’s Quest to Save Their Animals and an Ancient Way of Life
By Michael Benanav. Pegasus, 2018, 230 pp.

As we confront the damage humans have done to the planet, I’m always impressed when countries establish environmental policies to protect the natural world and wildlife. But as Michael Benanav shows in this excellent book, these policies can have a dire impact on people’s lives and are sometimes misconceived and unnecessary.

For generations, the nomadic Van Gujjars of India, who herd water buffalo, have spent winters in the Shivalik Hills and migrated to the Himalayas for the summer, to provide grazing for their animals. In recent decades, however, the government has established national parks to preserve wildlife in the areas where the Van Gujjars have traditionally taken their buffaloes. Park authorities have tried to block the tribe from their grazing lands.

In 2009, Benanav, a travel writer, accompanied a family on their annual migration,  Read More

Review: Once Upon a Yugoslavia 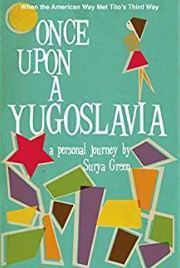 In 1968, Surya Green, a graduate student in communications at Stanford, traveled to Yugoslavia to work at Zagreb Film, which had won acclaim for its animated features and documentaries. In Once Upon a Yugoslavia, she explores the cultural differences she encountered and how they influenced her life, and she does this effectively—until the book loses its way.

Green, then in her late twenties, was searching for the meaning of her life, and this quest clearly kept her open and attentive to what she saw around her, both negative and positive. She observes the slow pace of life in Yugoslavia, the limited material goods, the confined and often inadequate (by American standards) living conditions, and the lack of free expression. But she is also aware that people have universal access to health care, education, and employment, a calmness that comes from a lack of pressure, and a noble national goal of “Brotherhood and Unity” that translates into teamwork.

These observations awaken her to a more critical view of her life in the United States, with its pressure to achieve individual success, its focus on material wealth, its emphasis on consumerism and fashion, its own constraints on freedom. She comes to find the slower pace of life in Yugoslavia allows for more reflection, that she doesn’t need so many things, that she can begin to focus less on herself. Read More

Review: The Most Beautiful Walk in the World 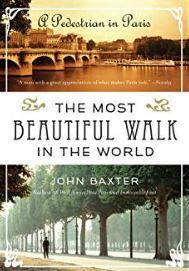 The Most Beautiful Walk in the World: A Pedestrian in Paris
By John Baxter. Harper Perennial, 2011, 298 pp.

“After eating and sex, walking is Paris’s preferred activity,” says John Baxter, an Australian writer married to a Frenchwoman who has lived in Paris for more than 20 years and gives “literary walking tours” of the city. In The Most Beautiful Walk in the World, he treats readers to a walking tour.

Baxter became a guide almost by chance, replacing a boring guide in the Paris Literary Seminar and proving so successful that he continued on his own. His popularity as a guide is easy to understand. He has a talent for combining interesting information with entertaining anecdotes, enabling listeners—or readers—to feel that they are at once learning and knowing, initiates, already insiders.

Baxter’s short chapters move breezily along, drawing upon personal experience, history, and visualization as he visits various parts of the city. Read More