Book Review: In the Land of White Death: An Epic Story of Survival in the Siberian Arctic 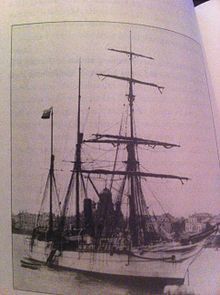 In the Land of White Death: An Epic Story of Survival in the Siberian Arctic

For some of us, the stories of polar exploration remain forever fascinating. They take place in an otherworldly world. Like novels, they grip us with their unpredictable challenges and turns and move us with their chancy, sorrowful deaths. But we read them always knowing that, unlike fiction, these incredible stories of endurance actually happened.

In the Land of White Death, first published in Russian in 1917, was a story I had never heard of. Like many polar tales, it is a story of survival and loss. Unlike most, though, it is a first-person narrative, related with the immediacy and intensity of a personal voice.

That voice belongs to Valerian Albanov, the chief navigation officer on the Saint Anna, which set out in August 1912 on an expedition from present-day Murmansk to Vladivostok to explore new hunting grounds for seal, walrus, bear, and whale. The ship was inadequately equipped and poorly staffed, and its captain Georgiy Brusilov seems to have been oblivious to the scope of his undertaking. His journey would involve traversing the Northeast Passage, a voyage that had been completed only once before, in 1879, by the Swedish explorer Baron Nils Adolf Erik Nordenskjold.

By October, the Saint Anna was locked in sea ice, and the following summer failed to free it. Conditions on board were deteriorating and relations between Albanov and Brusilov were toxic. Finally, after 18 months icebound and drifting north, Albanov—who had already been relieved of his duties—decided to leave the ship and try to make it to Franz Josef Land by sledge and kayak. Although he had planned to go alone, thirteen men requested to accompany him, and in April 1914, the group set out across the ice.

This 90-day, 235-mile journey is the focus of Albanov’s tale. After briefly describing the preparations for his undertaking, he takes us out onto the polar ice, where the men begin their encounters with blizzards, hunger, snow blindness, scurvy, and walrus attacks. Pulling their unwieldy sledges through snow, they make painfully slow progress, grow exhausted, and experience extreme mood swings, between despair—the norm—and elation, when they’ve hunted successfully and their bellies are full. A vivid writer, Albanov recreates for us the glare of the sun, the formations of the ice, the sound of the birds and the silence in their absence. His description of standing at last on land when they reach Cape Flora is superb and brings to life, by contrast, the deathly bleakness of the polar ice.

Albanov uses the journal he kept on this trek to chronicle his story, though, as David Roberts notes in his helpful introduction, he undoubtedly fleshed the entries out later. This diary proves to be an excellent framework that keeps the narrative at once terse and in motion and serves to reveal the complexities of the author. An honest diarist, he allows us to see the qualities that make him a survivor and also, I suspect, a difficult man to deal with. Throughout, he complains so constantly about the laziness and childishness of his companions that I found it odd. True, these men weren’t arctic explorers and weren’t prepared for this ordeal. But were they really “lazy”? At one point, when they fail to appear at an agreed upon spot and Albanov finds them sleeping on a glacier, I had to believe that surely something other than “laziness” was involved. What sane and healthy person goes to sleep on a glacier? A footnote explains that many of the ailments Albanov complains of in his journal suggest severe malnutrition, especially a shortage of vitamin B, and that, it seems to me, would better account for the men’s behavior.

Albanov was an extraordinary navigator, able to reach his destination with insufficient maps and instruments. He was also incredibly determined, able, unlike most of his companions, to counter the brutal physical battering of their expedition by his will to succeed. At one of the journey’s worst moments, when the iceberg he and a companion are sleeping on breaks up and drops them into the sea, he imagines dying. “‘Who would ever know how we died?’ ‘No one!’” he reflects. “The idea that no one would ever know how we had fought against these indomitable elements, and that our end would remain a mystery forever, was unspeakable torture to me. My last ounce of strength rebelled against such an unsung disappearance.” In that passage, I read the will power, fortitude, and ambition of the survivor.