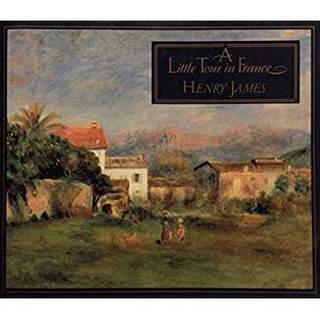 A Little Tour in France.
By Henry James. Illustrations by Joseph Pennell. Weidenfeld and Nicolson, 1987, 256 pp.

Useful as they are for information about other countries, travel books are also valuable as guides to travel itself. At their best, these books suggest ways of perceiving foreign countries and cultures. By revealing what others have made of their journeys, they also help us think about our own.

Henry James set off on his Little Tour in France in 1882, to explore the country beyond Paris or, as he put it, to demonstrate that “though France might be Paris, Paris was by no means France.” Heading south from Paris through Tours, James circled through Nantes, Bordeaux, Toulouse, Carcassonne, Vaucluse, and other towns and cities, observing chateaux, Roman ruins, and scenery, and concluding his journey at Dijon.

As James makes clear in his preface, his interest in the Little Tour was mainly visual, his aim as a traveler to see France closely, and as a guide, to enable us to see what he saw. Though in his observations he is reflective—it is impossible to imagine James otherwise—his text is largely descriptive. Indeed, he says of his “impressions” that “if the written word may ever play the part of brush or pencil, they are sketches on ‘drawing-paper’.”

In keeping with his pictorial intent, James originally hoped his text would be accompanied by a series of drawings. Although the first edition, in 1884, was unillustrated, a 1900 edition included 94 watercolors by the American artist Joseph Pennell.

This edition is beautiful. In a sense, it is almost too beautiful: the book is too cumbersome—and really too fine—to carry about as the guide it is. But how can one carp about too much beauty? This exquisite Little Tour does justice to the text in showing how a country is revealed when its surface is vividly rendered.