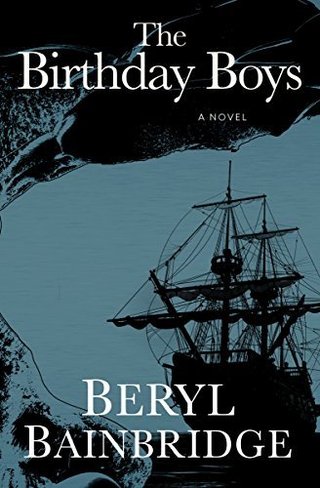 The Birthday Boys
By Beryl Bainbridge. With a brief biography and photos of the author. Open Road Media, Digital, 2016.
https://www.amazon.com/Birthday-Boys-Novel-Beryl-Bainbridge-ebook/dp/B01KNCU90U

Many books have been written about Robert Falcon Scott’s fatal expedition to the South Pole, but none I’ve read is more gripping than Beryl Bainbridge’s novel, The Birthday Boys. From the outset, we know the conclusion: the five men on the final run will reach the Pole, will find that the Norwegian Roald Amundsen has beat them to it, and will die returning to camp. But Bainbridge brings the men so fully to life, we feel we’re with them in their present, unaware of what lies ahead.

The novel is ingeniously constructed. Bainbridge gives each man his own narrative, a monologue that reads like a journal entry. Spaced out over time, from the Terra Nova’s celebratory departure from Cardiff in June 1910 to the journey’s last days in March 1912, these narratives move the story forward, while each man’s reflections—on his life, the expedition, his companions—are fleshed out or contradicted by the others. By the end, we have a multidimensional view of all five and of the expedition itself.

If the men share a single fate in this five-part tragedy, each has a distinctive personality and voice: “Taff” Evans, the big, rough, hard-drinking Welshman, who is utterly devoted to Scott and—unaccountably to the others—is regarded by Scott with great affection. Dr. Wilson, “Uncle Bill,” the expedition’s scientist, a deeply religious, spiritual man, who is always doing for others, is also totally devoted to Scott, and early on has a weird vision that he views as a “harbinger of death.” “Birdie” Bowers, modest, religious, an indefatigable worker, who is so homely he’s never had the girlfriend he dreams of finding when he gets home. And “Titus” Oates, a laconic, enigmatic former soldier, the member of the group most critical of Scott, who concludes the book with his famous line, uttered as he leaves to die alone on the ice, “I’m just going outside and may be some time.”

And of course there is Scott himself, “Con,” the leader who has planned this expedition, a man of action and a dreamer, a competitive, sentimental, romantic figure so charismatic that others are willing to die for him, and such a firm believer in old-fashioned honor and courage that he makes fatal mistakes.

Like all of Bainbridge’s novels, The Birthday Boys is concise: not a sentence, not a word is wasted. But for all its brevity, the book has a grand sweep. While providing her own interpretation of this expedition, which has been so analyzed for a century, she sets it in the broad history of exploration. Scott’s principled ideas of what makes for an honorable expedition, ideas largely shared by his men, were already becoming outdated, along with notions about Empire, love of country, class.

As Wilson remarks, “It often strikes me that Con and myself, Birdie and Oates, even Peter Pan Evans with his penchant for swinging one round by the seat of the trousers, are the misfits, victims of a changing world.” And as we see, it is Amundsen, the pragmatic explorer for whom the journey to the Pole is a race rather than a noble endeavor, who is the winner.

First published in 1991, The Birthday Boys has just been reissued in a digital edition by Open Road Media, and I hope this terrific book will reach a large new audience.