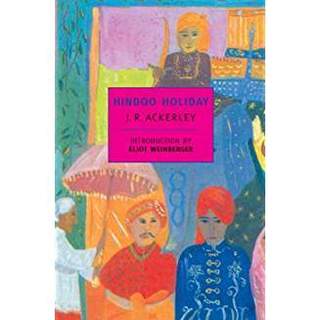 In his excellent introduction, Eliot Weinberger describes the circumstances that drew Ackerley to India in 1923 at the age of 27. He had fought in WWI, returned to attend Cambridge, published some poems, and written a play. But finding no producer for the play, with its “implicit homoeroticism,” he was “adrift,” and took up his friend E. M. Forster’s suggestion to seek the post with the Maharajah, who, like Ackerley, was gay. Hindoo Holiday itself is explicitly homoerotic and the text was cut when the book first appeared. Indeed, this is the first unexpurgated edition to be published in the West. Read More

Ginna Vogt, who has written a memoir about living in Yemen, recommends Yemen: The Unknown Arabia, by Tim Mackintosh-Smith. "It is a lovely book," she says, "and is intriguing even for people with no particular interest in Yemen." A flaw of the book, she notes, is that the author "writes about the place as if it is a complete account of the country, even though women are completely absent from the story."

Nonetheless, "the book is clever and erudite, and made up of somewhat distinct chapters which cover specific regions or issues in some depth rather than being global and boring." Read More
Be the first to comment

"In a sense, all travel writers are novelists, with themselves as heroes."
―Malise Ruthven, Traveler Through Time: Photographic Journey with Freya Stark

Or the antihero as the case may be.