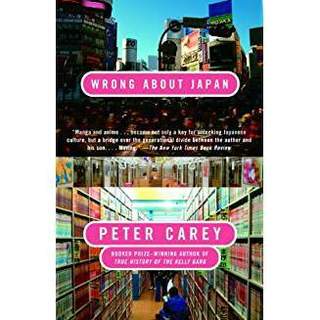 The book chronicles a short trip to Japan that Carey took with his 12-year-old son, Charley, to explore manga and anime, with which Charley was obsessed. Carey himself, through his son, became interested in these art forms—the extraordinary Japanese comics and animated films—which he briefly defines for the uninitiated reader. Before leaving the States, where the Australian writer now lives, he contacts people he knows in Japan—and, needless to say, the famous author, a two-time Booker Prize recipient, has terrific contacts, who set up interviews with celebrated directors, including the most celebrated of all, Miyazaki. Read More

“To travel is to discover that everyone is wrong about other countries.”
―Aldous Huxley