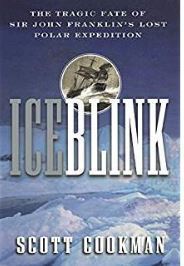 Scott Cookman offers his contribution to the literature in Ice Blink, the title taken, he says, from a term that 19th-century sailors used for polar mirages.  Read More