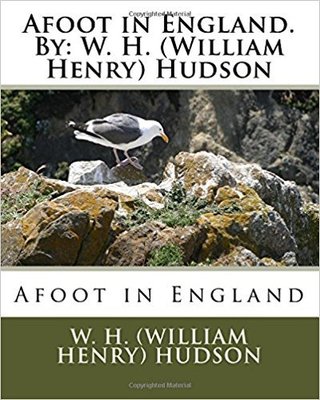 His short essays recount his own discoveries as he travels around the country: the mob at Stonehenge at dawn, the stock-doves at Salisbury, the historic ruins at Roman Calleva, the gibbet between two parishes (and the story behind it), the poor moulting blackbird persecuted by a chaffinch, and the pretty wagtail, whose “tail is as much to her, both as ornament and to express emotions, as a fan to any flirtatious Spanish senora.”

Interested in people as well as in nature, Hudson, while on his tours, preferred to stay in the home of locals rather than in inns, and his profiles of individuals introduce us to an assortment of eccentrics. He presents us with a glimpse of a squire, now dead, who ruined himself with agricultural ambitions and turned to writing sonnets; an old woman, now paralyzed and unable to get about, but hungry to tell her stories, who captures him as an ideal listener; and an elderly father who can transform the ordinary events of market day into exciting tales for his young children but who, for all his “schemes for the improvement of his fortunes,” is just a dreamer, unable to earn a living.

In my favorite episode in the book, Hudson visits a curious church, where the organ is thunderously blaring, the choir-boys are running up and down the aisles, pummeling one another or dancing to the music, and the vicar—the organist—appears “more like an Italian monk or priest than an English clergyman” and has “a subtle look…not easy to fathom.” When Hudson remarks that he doesn’t believe that ancient churches should be demolished to build new ones—like the one they are in—the vicar agrees but explains that the old church was beyond repair. It was so dank, he says, that it abounded in frogs, pets of the parishioners, who would feed them with favorite morsels—“bits of meat, hard-boiled eggs chopped up, and earth-worms”—at the Sunday service!

I found two literary pieces in the collection of little interest, partly because I didn’t know the works, and partly because the online edition I purchased garbled one essay and omitted the poetry from the second, so that the comments had no meaning. (I found the poetry in the Project Gutenberg edition.) If I were reading this again, I would buy the reasonably priced paperback edition of the book or a used copy of an old edition.

Hudson was an excellent observer of nature, both wild and human. As a reader who enjoys nature writing, the English countryside, the quirky lives all around us, and a narrator who is himself quite a character, I found Afoot in England a thoughtful and lively ramble—a tour well worth taking.