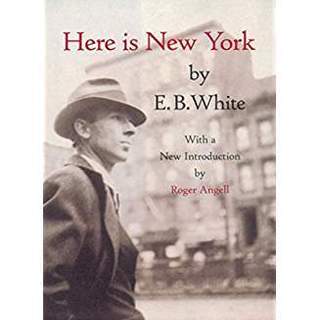 
White describes three groups of New Yorkers who make up the population: the natives, who give the city they take for granted its “solidity and continuity”; the commuters, who give it its “tidal restlessness”; and the settlers, the incomers, the seekers, who give it its passion. White himself, who arrived in New York from upstate Mount Vernon as an aspiring young writer, was clearly among the seekers, and it is this perhaps—along with the fact that he was, while writing the essay, a “transient”—that gives him the outsider’s perspective that permeates and enhances the work.

As a native New Yorker growing up in the fifties and sixties, I feel at home in White’s New York, with its “self-sufficient neighborhoods,” its diverse population tolerant “from necessity,” its power to “insulate its inhabitants from life,” and its inevitable stresses. “It is a miracle that New York works at all,” he writes, noting its “hazards and deficiencies,” but observing that the city makes up for these “by supplying its citizens with massive doses of a supplementary vitamin—the sense of belonging to something unique, cosmopolitan, mighty and unparalleled.” Indeed, as he says, “New Yorkers temperamentally do not crave comfort and convenience—if they did they would live elsewhere.”

New York, of course, has changed enormously over the past fifty years. It was changing even as White was writing. Noting these changes toward the end of the essay, he points to one that rings so true today it feels uncanny: “The city, for the first time in its long history, is destructible. A single flight of planes no bigger than a wedge of geese can quickly end this island fantasy, burn the towers, crumble the bridges, turn the underground passages into lethal chambers, cremate the millions. The intimation of mortality is part of New York now: in the sound of jets overhead, in the black headlines of the latest edition.” Reading this, I could only wonder: How did he so precisely know?

As this prescience suggests, the modest length of this essay is misleading. For all its concision, it is imaginatively expansive, capturing a past that was always on the verge of disappearing in a portrait of what was so wonderfully there.