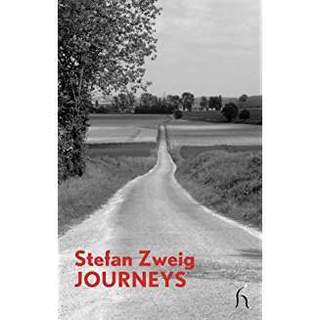 “Stations and ports, these are my passion,” writes Stefan Zweig. “For hours I can stand there awaiting a fresh wave of travellers and goods noisily crashing in to cover the preceding one…Each station is different, each distils another distant land; every port, every ship brings a different cargo.”

Best known for his fiction and biographies, Zweig also wrote extensively about travel, which, observes Will Stone in his fine introduction to this book, was not merely important to the Austrian writer, but central to his being, “the fulcrum of his entire adult life.” This selection of his essays, arranged chronologically, moves from 1902, when the young author travels to immerse himself in the larger European literary and intellectual world, through the 20s, when he travels through a land recovering from the decimation of WWI, to 1940, and the onset of WWII.

Unlike travel writing that covers great distances, these short essays, all set in Europe, focus on specific places and topics: Bruges, Salzburg, Seville, tourism, and, in one of my favorite essays, the powerful effect of gardening on the English. Each essay moves through history and observation to arrive at a significant point.

In “The Cathedral of Chartres,” Zweig reflects upon the kind of epoch that had the patience and faith to create such a monument, an impossibility in our modern era “which measures time in a different way and lives at an altogether different pace.” Yet returning to Paris at night, he sees that city, “radiant with celestial light,” as another kind of cathedral, another way that people have used “different signs to engrave their face on the landscape of the earth.”

In “Ypres,” the city destroyed in WWI and now a pilgrimage site, he is horrified at the tourism of death. “Not a shop exists where they don’t profit from the dead,” he says, describing the curios made from shell splinters and a bronze Christ whose cross is constructed from recovered cartridges. But with characteristic balance, he concludes that it’s good this place exists to serve as a reminder of “the great crime.”

As you would expect from such a thoughtful traveler, Zweig loathes mass tourism, as he makes clear in “To Travel or be ‘Travelled.’” But I didn’t feel, as is so often the case, that his loathing derives from class snobbery. Rather, he feels that the organized tour deprives travel of its very essence. For Zweig, travel was an individual undertaking, a mode not just of looking outward but also of inner discovery. And it should also, he felt, be a challenge: “Since time immemorial,” he writes, “there has floated around the word ‘travel’ a whiff of danger and adventure, a breath of capricious chance and engrossing precariousness.” Tours smooth the way for our journeys, but as he notes, it is “the minor woes, the nuisances, the muddles and the mistakes brought about by travel” that we recall most vividly and fondly.